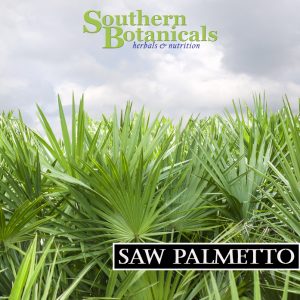 Saw Palmetto grows naturally here in Florida and was used in several forms of traditional medicine.  The Seminole Tribe relied on saw palmetto berries as food while the Mayans drank it as a tonic. Many Native American Medicine Men also kept a medicine bag of Saw Palmetto with them to make topical antiseptic,  a tonic, & to treat a wide variety of aliments which included impotence, inflammation & infertility. See our formulas containing Saw Palmetto.

From an article about Saw Palmetto found on GreenMedInfo.com: http://www.greenmedinfo.com/blog/saw-palmetto-effective-prostate-conditions-or-not

“Saw palmetto contains a multitude of constituents. These include beta-sitosterol and its related glucoside; various tannins; alkaloids; a number of resins; capric, palmitic, lauric, oleic and caprylic acids, carotenoids; lipase and others.

“… Because Saw palmetto contains a variety of naturally present phyto-compounds, it inhibits 5α-reductase without producing hormonal imbalances. This is confirmed by the fact that Saw palmetto is also used by traditional herbalists as an aphrodisiac. Saw palmetto also contains phytonutrients that help neutralize oxidation, thereby reducing oxidative stress. …

“… Because our Western pharmacology education and biochemical research focuses upon finding that single “active” phytochemical, we miss the very essence of why natural compounds have provided healing benefits for thousands of year to billions of people around the world: Their synergy of related phyto-compounds. A traditionally trained herbalist will therefore typically recommend only whole herbs or whole herb extracts.

“… Holistic practitioners often prescribe herbal combinations that might include Saw palmetto together with other herbs, as well as dietary and lifestyle recommendations. This approach may not be conducive to large-scale clinical (“single bullet”) studies, but it has worked for billions of people over thousands of years.”