Something as simple as a hot cup of herbal tea can give you the calm you crave when feeling under the weather. Between feeling bone tired, stuffed up, achy and having a chest-rattling cough, you can’t wait for the symptoms to go away so you can get on with your life. There are plenty of herbal … Read more

Cayenne to the Rescue

Read moreCayenne to the Rescue!

The use of cayenne pepper to spice up a dish or boost circulation has a long history in many cultures around the world. There is sometimes confusion from the fact that a cayenne pepper is always a chili pepper, but a hot chili is not always a cayenne. So what is it?

An interesting article was in the New York Times recently on the controversy of a popular drug for adults being used to treat chronic constipation in children. According to the article, doctors have pointed parents to Miralax for years to help children who suffer from chronic constipation. The problem is the label itself says the product is not recommended for kids under 17.

More fun outside in the summer can mean more risk of sunburns, insect bites, and scrapes. Next to cayenne pepper, tea tree oil is one of the best herbal remedies to have on hand during the summer for emergencies.

Read moreTea Tree Oil: A Must for Your Summer First Aid Kit 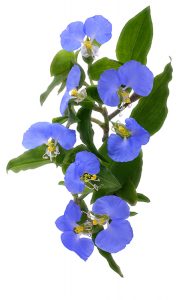